Original water colour by Daphne Padden entitled Woodland Footbridge.  Mounted in gold finished frame, which is slightly damaged.  The label indicates this painting to be D455P.  Approximate size of picture is 6″ x 4″. 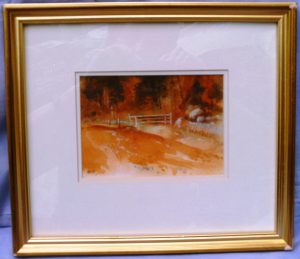 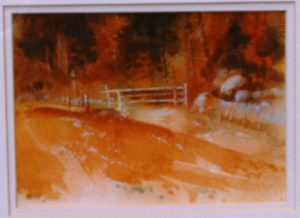 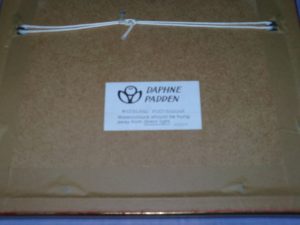