Original water colour by Daphne Padden entitled Sunlight On River Bank. Mounted in wooden frame. The label indicates this painting to be D310P. Approximate size of picture is 6″ x 3.75″. 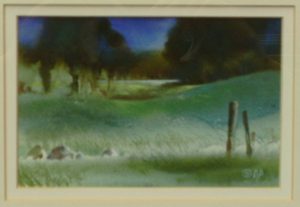 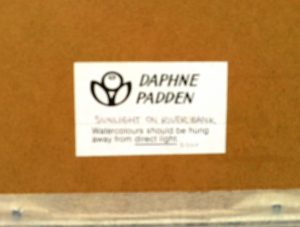